Despite its increased popularity among tourists, the Kora Gorge is still pristine.

Despite its increased popularity among tourists, the Kora Gorge is still pristine.

Three km (2 mi) above the descent from the Kapalsky Pass, there is an unusual waterfall called “Weeping Rocks” or “The Wailing Wall”. Water at this waterfall either flows down the rocks in a thin layer or falls in large drops. Higher in the gorge on the right tributary of Burkhan Bulak River there is Burkhan Bulak Waterfall, the highest waterfall in Kazakhstan. In a picturesque meadow below the waterfall there is the largest separately lying stone in Kazakhstan. The stone that fell from the rocks has dimensions of about 15x20 m (50x65 ft) and a height of more than 7 m (23 ft). The stone is called "Holy Stone" At the confluence of the Kora and Tentekbulak rivers, there is a small, very picturesque lake framed by flowering glades. The lake is called "Silver Hoof".

In the gorge you can observe a huge variety of flora and fauna. There are more than 3,000 species of plants, including edelweiss. The famous Sivers apple tree also grows here. The gorge is inhabited by the endemic of the Dzungarian Alatau - Central Asian salamander. It is an extremely rare species. There are also ermines, foxes, bears, wolves and snow leopards.

Despite being popular among tourists, the Kora Gorge is still pristine, you can hardly find scattered rubbish and bonfires left after Sunday picnics here. 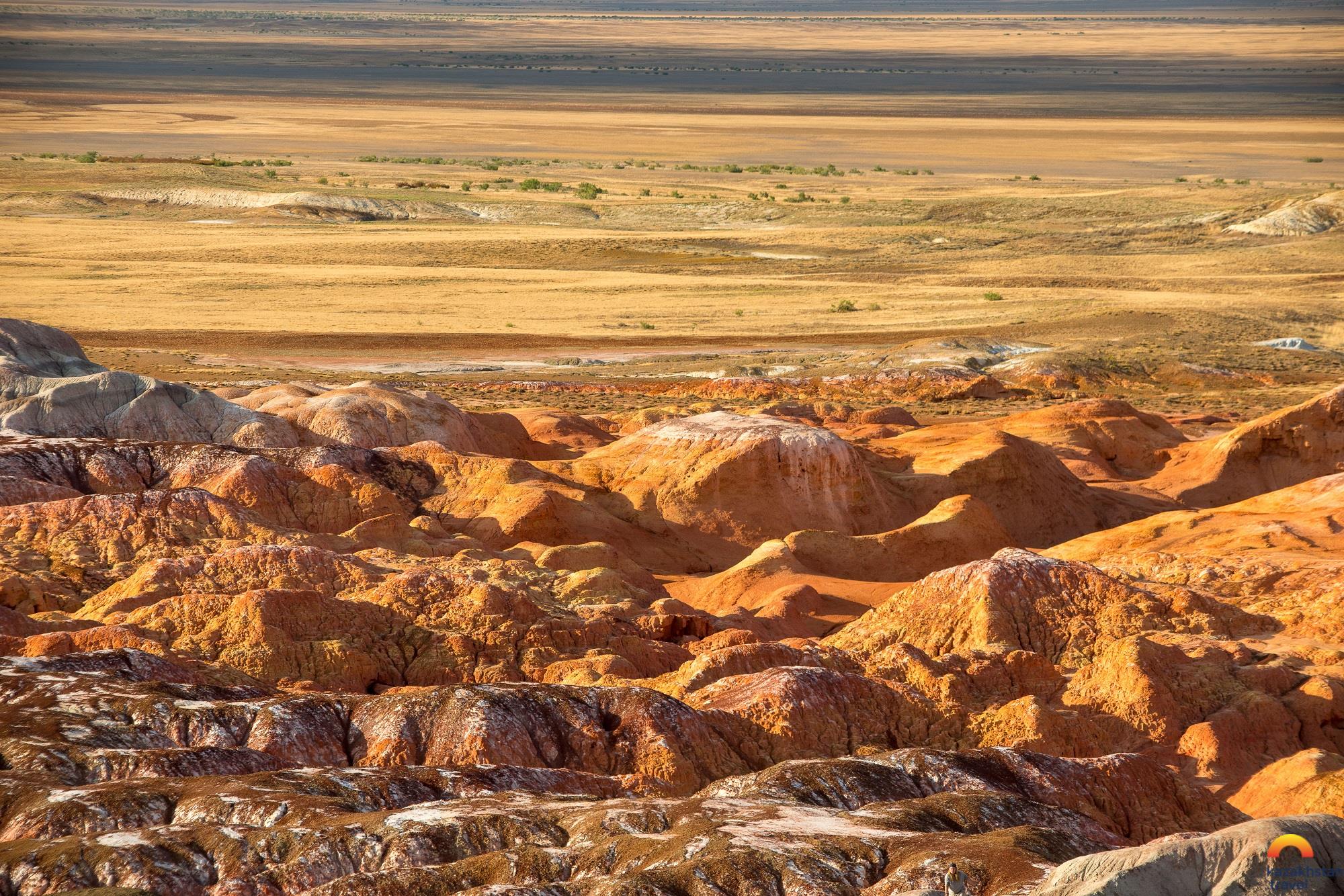