This newly created multifunctional tourist complex was built to resemble an ancient settlement on the Silk Road.

This newly created multifunctional tourist complex was built to resemble an ancient settlement on the Silk Road.

Turkistan, “the spiritual capital of the Turkic world”, attracts thousands of tourists every year. Today, in addition to ancient mausoleums, mosques, and medieval settlements, the region boasts one more attraction – Karavansaray. The largest multifunctional tourist complex in Central Asia opened its doors in early April 2021. Karavansaray is bringsing together a shopping mall, luxury restaurants, two hotels, and an entertainment center. The complex stands near the Mausoleum of Khoja Ahmed Yasawi, the UNESCO World Heritage Site.

Visitors will be able to walk along the system of waterways which came to be known aspeople called “Kazakhstan’s Venice”. Don’t miss your the chance to sail a boat across the complex and watch the “Parade of Boats”, which tells you a touching love story of Tolegen and Kyz Zhibek, a Kazakh poetic folklore fromlegend of the 16th century. Also, be sure to watch the spectacular Kyz Kuu horse show, based on Kazakh myths and legends.

Karavansaray also features Kazakhstan’s first-ever flying theatre. The experience that lasts about 15 minutes tells a fascinating story of the mythical bird known as Samruk. The Samruk will take viewers across a journey through time,all the way helping them relive through the whole history of Kazakhstan.

The entrance is free. Be sure to visit the Visitor Center to study the miniature layout of the entire Karavansarai and visit a small museum and a souvenir shop.

Turkistan can be reached from any major city of Kazakhstan by road, rail or air.bus, train, or plane. So far, there are direct flights from two cities of Kazakhstan – Nur-Sultan and Almaty. The Turkistan International Airport is located 20 km (12 mi) east of the city. You can also go to the mausoleum with a tour that usually includes an excursion to the sights of the city of Turkistan and its environs.

If you arrive in the ancient city on your own, then you will need to reach Karavansaray by taxi or by local buses and minibuses plying around the city. The bus stop you should be looking for need is Telman.

Karavansaray is home to two hotels offering the best view on “Kazakhstan’s Venice”. There are also ‘Hampton by Hilton’ and ‘Rixos Turkistan’. If you’re looking for more affordable options, the city offers many guesthouses, inns, and hostels as well. 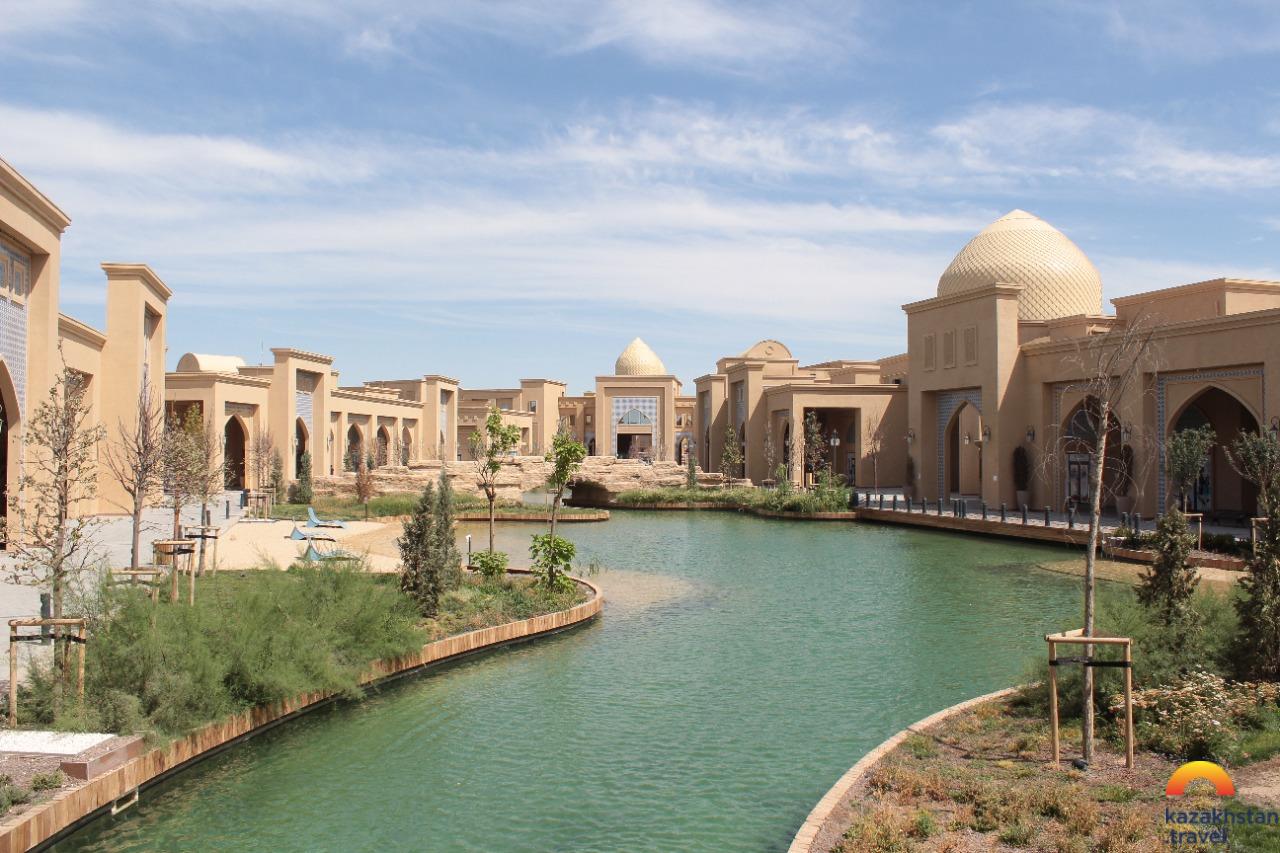 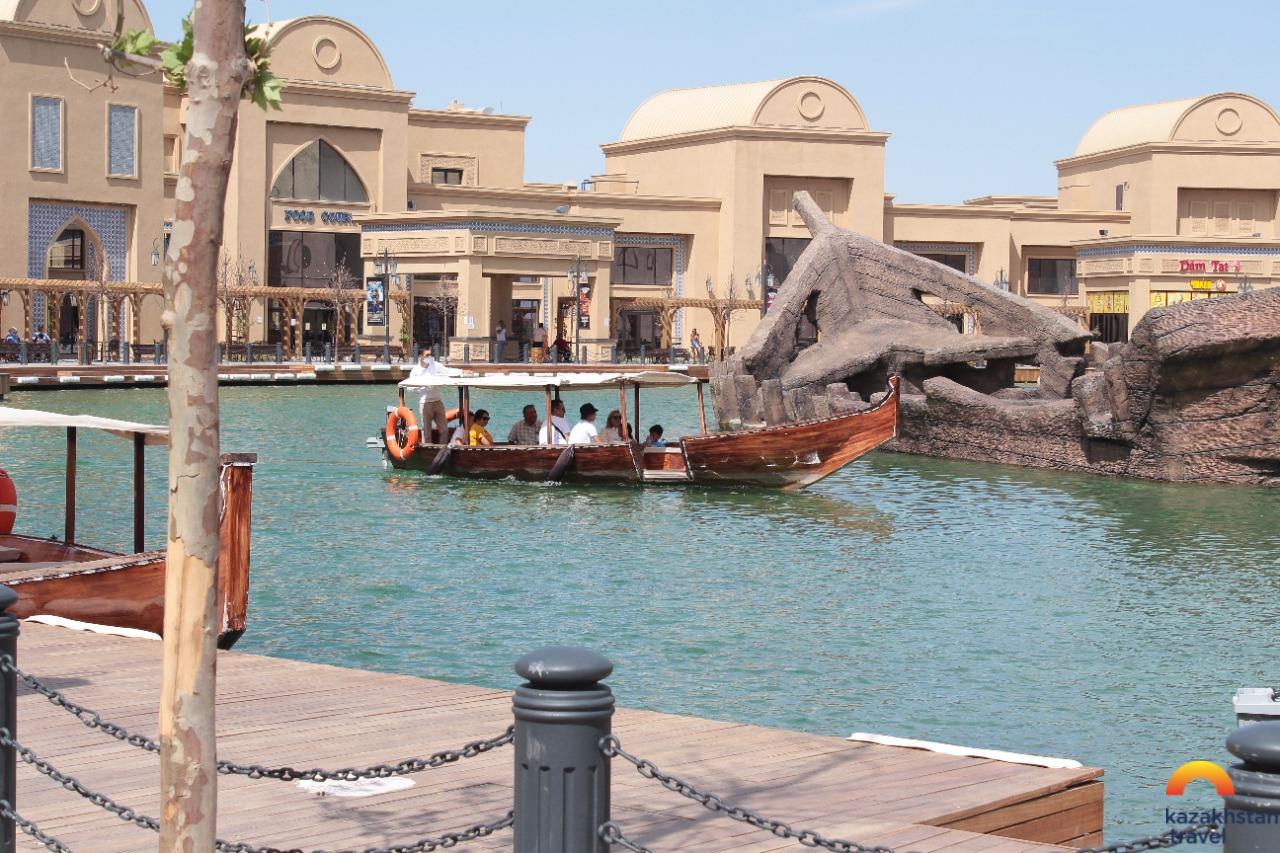 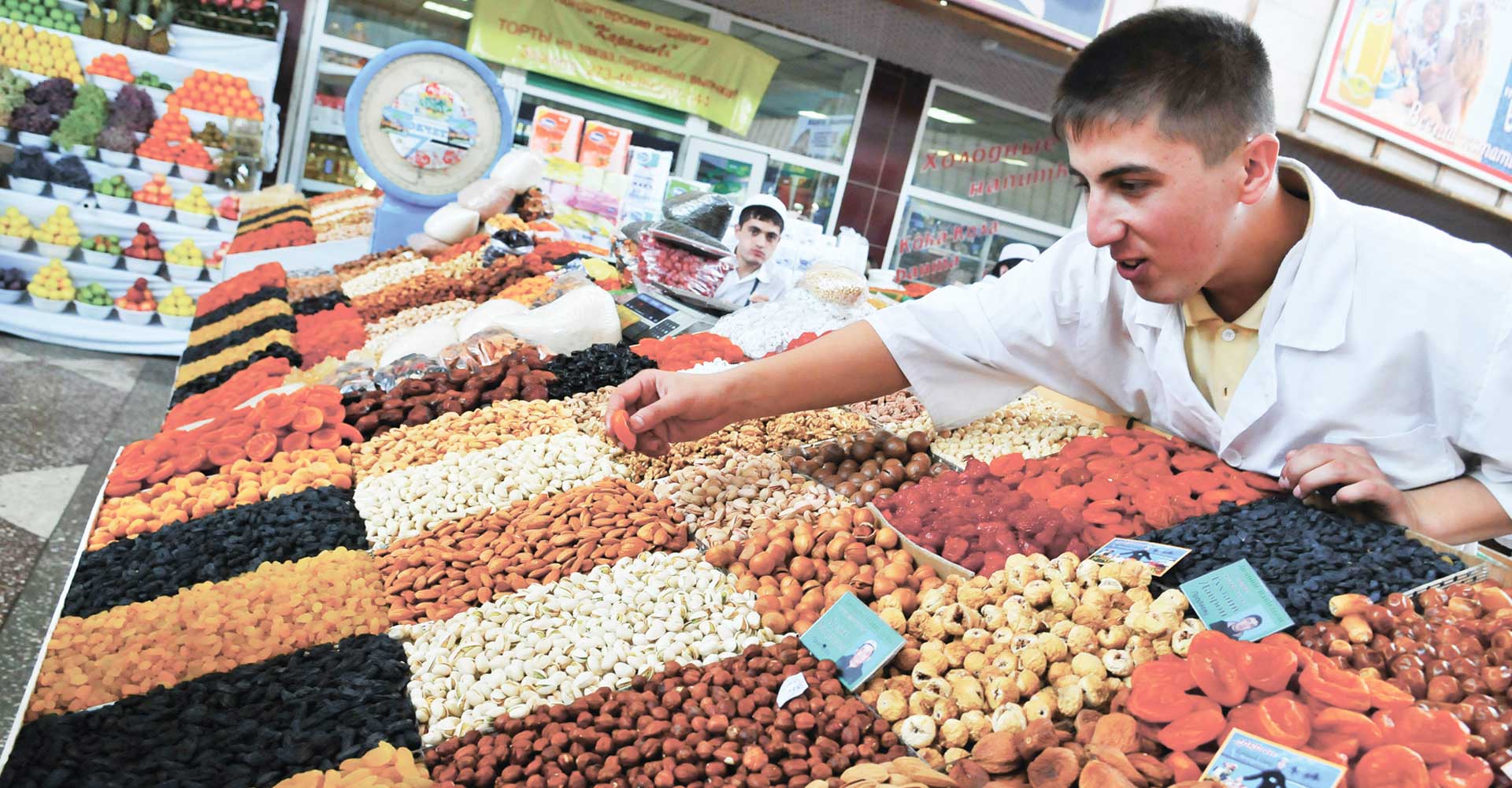