One of the leading theaters in Kazakhstan

One of the leading theaters in Kazakhstan

One of the leading theaters in Kazakhstan is located in Almaty and it is named in honor of the great Kazakh cultural figure - Abay Qunanbayev.

Prerequisites for the emergence of the theater began to emerge in 1934, when the actors of a special music studio played a public performance of the comedy “Ayman-Sholpan”, and already in 1941 it was marked by its solemn opening. This majestic building attracts attention even now, when a lot of glittering new buildings have grown nearby, and the rich interior and trim please the eye with national Kazakh elements.

The work of the theater goes hand in hand with the times; here they put up actual, sometimes topical and bright productions, invariably gathering hundreds of grateful spectators. By the way, the SATOB conducts regular tours in Asia, Europe and America, instilling love and respect for Kazakh art throughout the world.

The State Academic Theater of Opera and Ballet named after Abay is an ideal place for cultural enrichment, which will give you a lot of positive impressions from the work of the classical repertoire of high level. 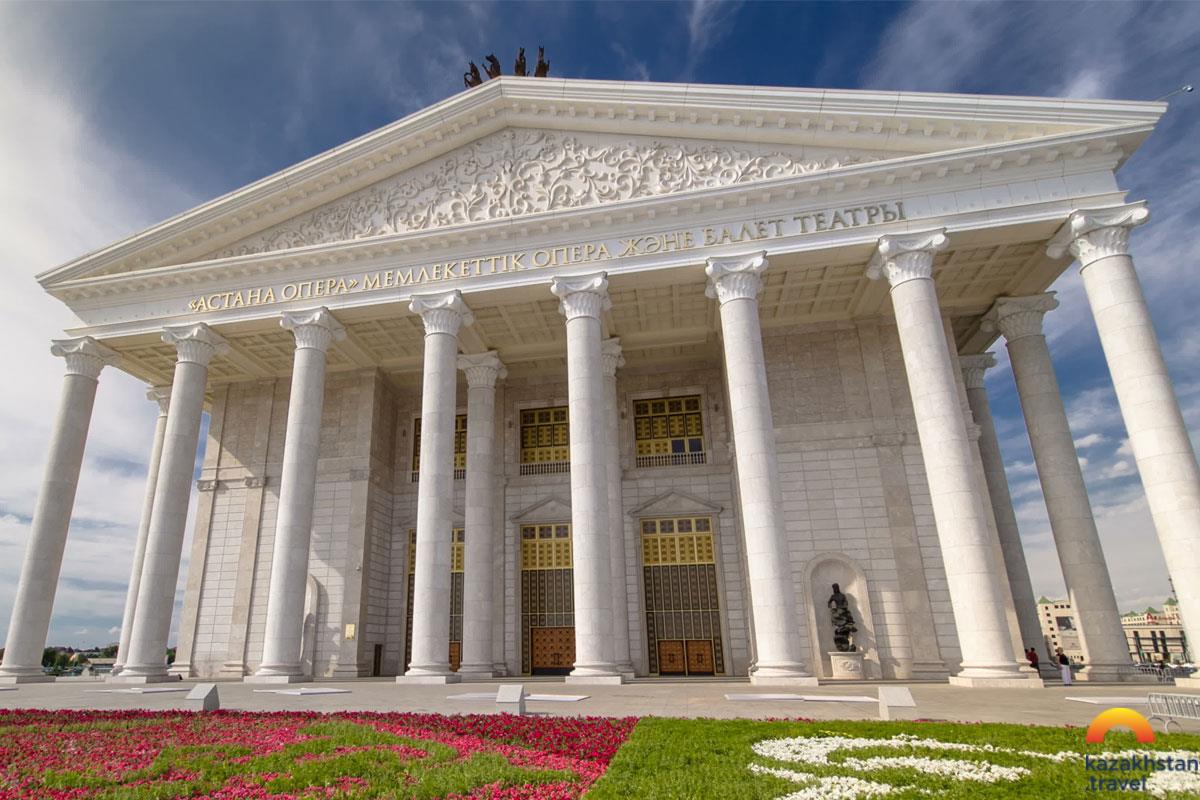 Theater
Cultural symbol of the capital of Kazakhstan
Nur-Sultan