“Akmeshit”, translated from the Kazakh language, means “White Mosque”. According to a legend, women and children found shelter here during Dzungarian invasion. Some even say that an evil dragon, chased away by the prophet Suleiman, had lived in the cave for years.

The cave has a peculiar microclimate. It is usually warmer inside it than outside, in spring it is cooler inside. In addition, trees do not grow in the vicinity of the cave, but inside it there is an oasis with its own ecosystem. This unusual phenomenon strikes the imagination of any traveler. 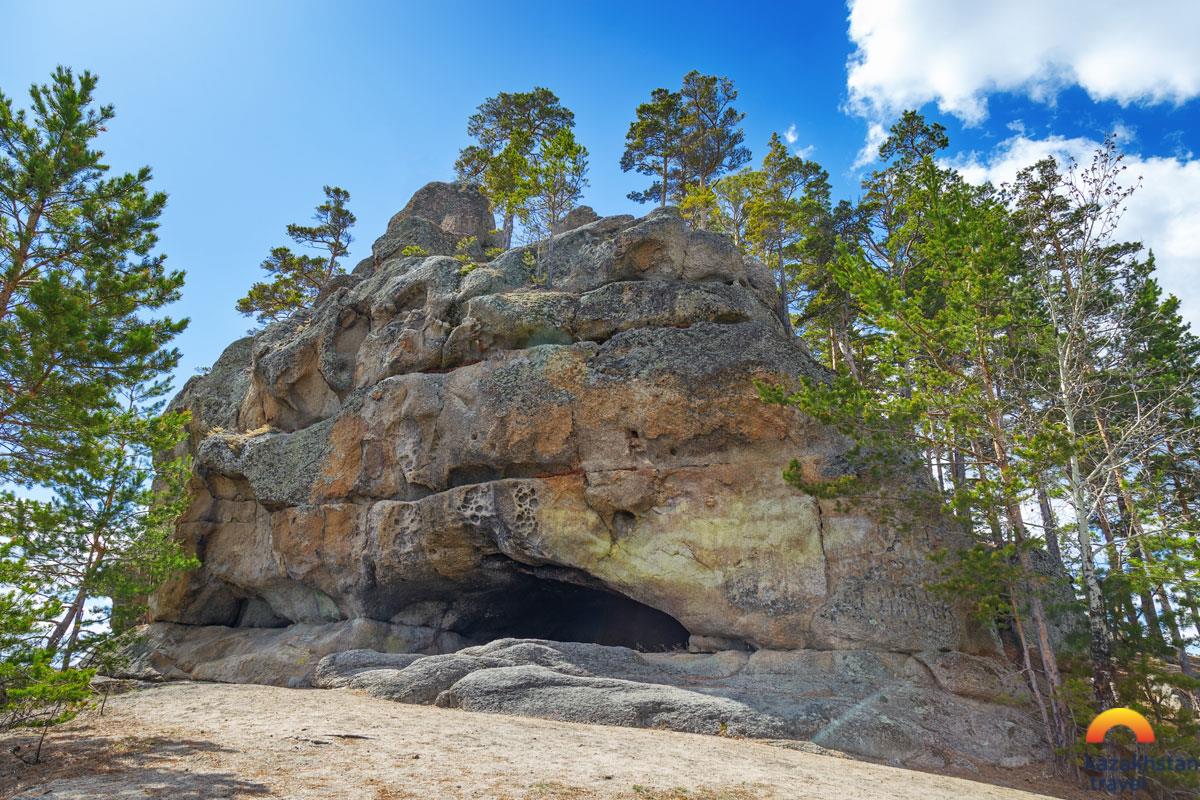