Alexander Frederick Heinrich von Humboldt (1769-1859) was an outstanding German explorer, "the father of modern geography", and "Aristotle of the nineteenth century".

An extensive region of remote Asia in the early 19th century was a huge gap on the map. Not a single European scientific researcher, or, let's not even say a scientist, but just an educated and critically minded traveler of new time had been to that large territory stretching from Lake Balkhash to the Himalayas and from Altai to Iran. Geographic information from Humboldt's times still largely relied on the medieval narrative of Marco Polo and Xuan-Zang.

At the end of July Humboldt got to the town of Ridder. The main difficulty of the expedition was that the world-renowned scientist and his companions had been greeted everywhere with so much attention and hospitality, as to why lunches appeared to be more memorable than the research itself. On the other hand, the citizens of Ridder were not distinguishable with their hospitality towards Humboldt, compared to the other locations. According to flashbacks, in Ridder Humboldt with his comrades were provided with several "miserable dog-hutches" and on top of that they were kept without being fed the whole day!

Just before the evening Menshinin and I went riding for 10 milestones to see the Gromotukha River descending from the snow-covered mountain peaks; the river in its terrible fall discharges huge masses of different species. Its noise is heard two milestones away from the river, that is why it was given a decent name like Gromotukha. Here, on the wooded grounds of the mountains, wild goats and bears often flashes before our eyes; dimensionless forests consist of the highest silver-firs, pines, birches, and simple poplars.

Ural, in terms of mountains, is, of course, very important, but the real joy of Asian travel was given to us only by Altai!”

On August the 5th, the researchers crossed the Chinese border and went to Baty (in Kazakh - Kosh Tobe), a Chinese kilometer post on the bank of the Irtysh River, not far from Bukhtarma River. There Humboldt had a long talk with the local chief, an officer from Beijing, checking his own knowledge about China. The official talk took place in a yurt with the help of three translators. One of them translated from French into Russian, the second one - from Russian to Mongolian, and then the third one translated from Mongolian into Chinese, and back. The next day travelers returned to the Russian Empire.

Along the Irtysh River

Further, the plan included a visit to the Caspian Sea. Initially, they were supposed to go along the Ural River to the town of Guriev, across the land of Ural Cossack Army, or across the Bukey Horde. But then they decided not to risk it as those places were still restless, and went through Samara, Saratov, and Astrakhan' cities.

Here in Uralsk, "The great Kazakhstan voyage" of the German geographer had ended. However, all of a sudden, later he had a meeting with one of the most famous Kazakhs of the time, Khan Jangir, the ruler of Bukey Horde. The meeting took place on the bank of the Volga River, at the quarters of Kalmyk Prince Serejab Tyumenev.

Instead of an epilogue 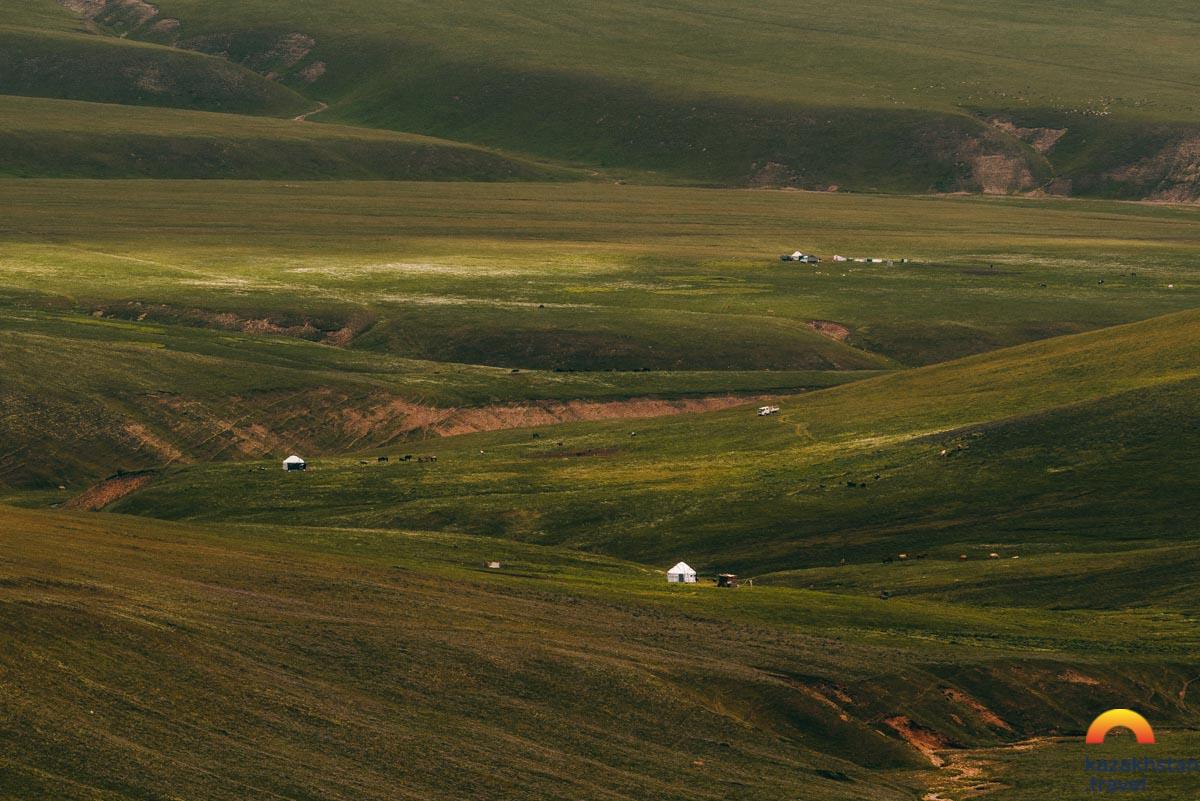