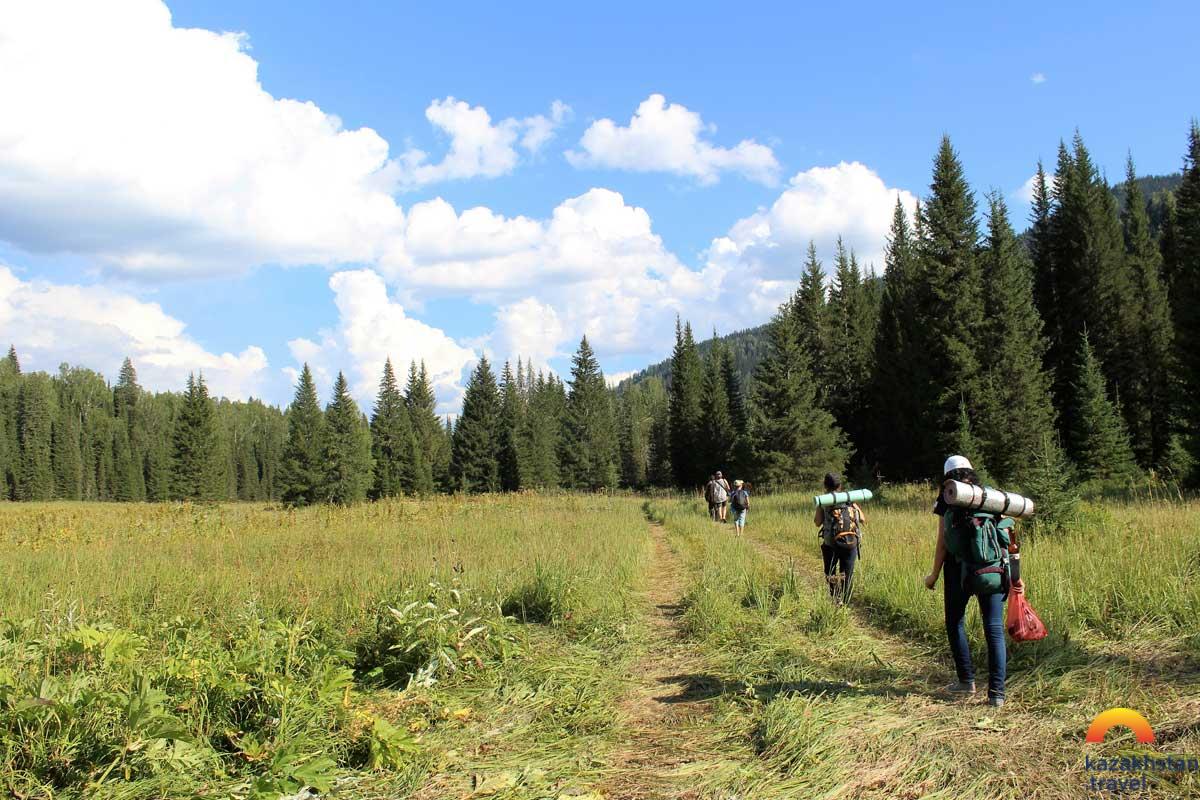 Do you know how happy and successful people from different countries of the world advise to cope with stress? The solution is to have an active lifestyle. When the wave of doubts and anxieties surged over, you should get right into the saddle! Either a horse saddle or a bicycle saddle! By the way, many people do it intuitively, without any scientific evidence. In Kazakhstan the number of people who lead an active lifestyle is increasing year after year, which is very encouraging. And here the top five of the most popular and affordable types of active tourism in our country: hiking and mountain hiking, horseback riding, cycle travel and mountain biking.

Only mountains can be better than mountains

The greatest variety of offers, both from travel agencies and single guides, in the organization of mountain hikes today can be found in Almaty Region, of course. And it is rightly so, here in half an hour you can reach the beginning of the route from the metropolis, that is, the actual foothill of the mountain. Therefore, both experienced climbers and people, who just enjoy the mountain, come here from the CIS countries. For many residents of Almaty, a walk in the mountain is a natural need for communication with nature, just like a trip to the countryside. Ili Alatau Mountains are visited with families, friends; business and state companies arrange team buildings in the mountains. The mountain hiking is divided into sport (with ranks and other sports attributes) and amateur groups. We are talking about the latter now.

The mount hiking is popular in Eastern Kazakhstan and Turkestan Region as well, though not on such a scale as near Almaty. In the East, the travelers from all over the world are attracted by the mysterious Belukha Mountain. This is the highest peak of Altai and Siberia. Here you can make mountain-hiking trips from simple, non-categorical, to hikes of an increased category of complexity with the use of special mount hiking equipment. The Ridder district is also popular. Most people have heard of the Three Brothers Peak and Voroshilov Peak, but the moment you are in Ore Altai, you will want to explore it more thoroughly right away. Only the remoteness of the region prevents the flow of travelers to become morewide-spreadhere. However, over the past few years, several recreation centers have been opened in Eastern Kazakhstan Region, the services of which are focused on arrangement of mountain hikes. And in 2017–2018 in Ridder the local college even trained certified guides.

In Turkestan Region there are offered tourist trips to the ravines of the Sairam-Ugam State National Natural Park. Clubs, travel agencies, other organizations engaged in the provision of services are based mainly in the city of Shymkent. The specialists of Ontustik Tourism Center Information Bureau will also help you tochoose the right place to visit.

By the way, over time the mount hiking can smoothly turn into mountaineering for you, but that’s another story…

The hiking routes are usually laid on wild, uninhabited areas in different countries of the world. People tend to get away from civilization, to merge with nature, as if to become one with it. In our country we have quite a lot of such remote, beautiful, and wild places. But professional guides or travel agencies specializing in this area are not sufficient. Although, of course, it depends on the location of a natural object or a landscape you are interested in.

But there is a good news too. Practically, in every region of the country there are Protected Areas (hereinafter referred to as PAs), where, in some places more and in others less, pursuant to the status (less in the reserve, more in national parks), there are tourist routes.

Considering that in Kazakhstan there are 13 state national natural parks, 10 state natural reserves, the choice of where to go hiking is quite large. Of course, in PA there are other types of tourism practiced, but often they are the walking tours though. Since they are the least harmful for the surrounding nature and more acceptable to be arranged in the areas protected by the State. That is where such renown sites as the Singing Dune, Katutau, Aktau (the Altyn-Emel National Park, Almaty Region) mountains; the Kolsay Lakes, Lake Kaindy (the Kolsay Kolderi National Park, Almaty Region); the amazing Charyn Canyon and its Ash Grove (the Charyn National Park, Almaty Region); the most beautiful barrow, rocky mountains, and lakes of the Bayanaul National Park (Pavlodar Region); the famous Zhumbaktas and Okzhetpes cliffs, the abundance of lakes surrounded by the pine wood – the natural asset of Akmola Region – the Burabay National Park; Belukha Mountain, abundance of waterfalls of Katon-Karagay, the largest national park of the Republic (Eastern Kazakhstan Region); the picturesque ravines of the Sayram-Ugam National Park, the World Heritage site, by the way (Turkestan Region) are located. Among the state natural reserves the following are worth mentioning in the first place: Markakol Lake (the Markakol Natural Reserve, Eastern Kazakhstan Region); the Stone Fairy Tale in the West Altai Nature Reserve (Eastern Kazakhstan Region); the ravines of the Aksu-Zhabagly Nature Reserve, the World Heritage site as well.

In all of the above Protected Areas quite a few (from five to ten) tourist routes have been developed. It is not difficult for you to find contacts of the national parks and reserves since almost all of them have their own websites.

By the way, you will certainly go on any route in a park and nature reserve with a guide, which will make your trip not only fascinating but also safe. If you go on a trip to other areas, do not forget to take various means of communication with you, up to the satellite phone, in remote regions of the country you will really find yourself outside civilization without infrastructure and cellular communication!

It is logical to go to horseback ridingaftera hiking tour. The thing is that the horseback tours are very popular in the Protected Areas. Besides, here it will be appropriate to mentionnew direction in Kazakhstan tourism, such as agritourism or rural tourism. The first guest houses in the villages, auls emerged in Kazakhstan 15 years ago; it is in the recent years when this direction is developing the most rapidly. Not only the new guest houses are emerging in Almaty, Turkestan, Jambyl, Eastern Kazakhstan regions, buta list of services offered by the hospitable hosts of these houses becomes broader. And how could you manage in the rural area without a horse? Exactly! There is no way! The horseback tours are one of the natural beauties of the agrotourism.

Besides, the horseback tours are arranged by various travel companies. The horseback tours are the most demanded along the picturesque jaylau of Jetisu (a region of seven rivers) in Almaty region. There is an option of going not too far from the city, for example, at the Ushkonyr Plateau, as well as in Kaskelen, Aksay ravins. If time permits, you may go even farther about 200-300 km away from Almaty where youwill get to the beginning of a horseback route by car, and then get on a horseback, and enjoy the most beautiful views of jaylau on Assy Plateau or in the valley ofShalkodesu river.

The bicycle is becoming increasingly popular in Kazakhstan today as a transportation mean, including travel. In any region of the country there are local communities, clubs of cyclists. However, many of them don’t go beyond little rides in or outside the city solely within anarrow circle of people. However, if you wish, you can join them. There are sports cyclists. Those carry all the equipment necessary for life support on themselves. But neither the first, nor the second isoriented on organizing tours with a guide, with car escort, receiving a full-fledged service for payment. And, unfortunately, there are few companies in the country that are capable of doing this. We have very few of them, but we have them. The Bicycle Adventure Club is one of them. The guys are based in Almaty, but tours are organized throughout Kazakhstan, and notonly in Kazakhstan.

Going to the mountains by bicycle

The bicycle touring topic is huge and immense, in particular the mountain biking is one of the directions. The surest way to be in the saddle of an iron horse and to go to the mountains is to look for not the travel agencies, but communities of the same cyclists in the region where you are and to join them on a friendly basis! Thus, for example, the Extreme Athletics Public Organization (Almaty) regularly holds amateur competitions including mountain biking. It is true that such initiativeshave already fallen into the event tourism andnot just simpleoutdoor activities, but this is just great! Such events remain in the memory for a long time; they become a real celebration and the next benchmark for new discoveries! 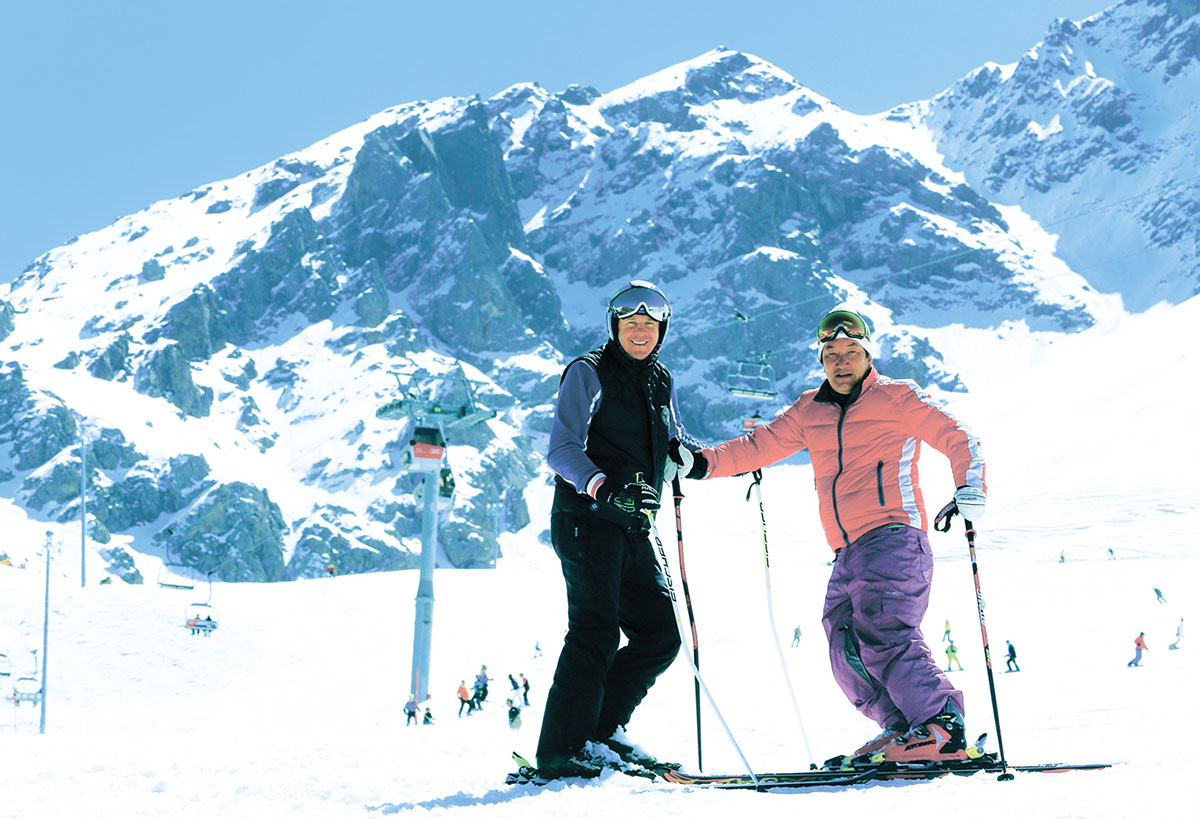 10 tips from pro travelers for those who are planning to visit Kazakhstan.

Rivers of Kazakhstan that are ideal for rafting

10 tips from pro travelers for those who are planning to visit Kazakhstan.

Rivers of Kazakhstan that are ideal for rafting