The popularity of this Kazakh singer, composer, and multi-instrumentalist attracted his fans' attention to Kazakhstan in general.

More and more people are becoming interested in him and would like to see the celebrity’s motherland, in particular Aktobe. In 2018, Kazakh Tourism National Company together with Dimash’s parents and the Administration for Tourism, Physical Training and Sports of Aktobe, had come up with a special tour for his fans.

The tour’s locations include places where Dimash developed his career and was on the road to stardom, places like – his home, kindergarten, musical schools and audience halls jam packed with fans, during his performances – all taking place in three cities of Kazakhstan, Nur-Sultan, Almaty and Aktobe.

Excerpt from Biography of Dimash Kudaibergen

Dimash Kudaibergen grew up in a musical family and at the age of two he had already appeared on stage. He first became a huge name in Kazakhstan and gained enormous popularity in other countries in 2015, when he won the Gran Prix at the “Slavianski Bazaar” International Festival of Arts in Belorussian Vitebsk. His motherland expressed its appreciation by presenting to Dimash the Kazakh National Award “A Favourite of the Year” in nomination of “Variety Performer” in the same year, 2015. Shortly after this award, he began to receive invitations from various Asian and European countries; in 2016 he was touring around Kazakhstan – “Umytylmas Kun” or “An Unforgettable Day” – named after a song with the same name wrote by Dimash at the age of 19. All news about Dimash Kudaibergen into this publication.

But in 2017, he had a boom of global recognition that happened to push Dimash into an unbelievable level of fame after performing at “I am a Singer-2017” popular TV show on Hunan TV. After a very competitive contest with many extremely talented performers from around the world, Dimash managed to rise to the top and was awarded with the second place. His performances on “I am a Singer-2017” occupied the upper levels of Fresh Asia Music chart. Such hits as “An Unforgettable Day” and “Eternal Memories” were both on the top of the QQ iTunes chart on the day of their releases. Dimash received several music awards, as “The Best Asian Singer” (an award from the 24th Chinese Music Award, which is considered to be an equivalent of the Grammy) and “The Most Popular Foreign Singer” (at “Tencent MTV Asia” musical gala concert) were among them. Also Dimash Kudaibergen participated in The World's Best in America.

In the same year 2017, at “EXPO-2017” International Exhibition in Astana, Dimash gave his first large scale recital “Bastau” in front of 30,000 people.

After Dimash had completed a course in academic opera singing, “Astana Opera” State Theatre of Opera and Ballet invited Dimash to join the theatre, but Dimash decided to develop his singing career in contemporary music with classical elements, as well as in traditional Kazakh music.

Present day shows that Dimash has made the right choice – his fan base is growing faster than ever. Moreover, the musician invites his audience to visit his motherland; the motherland, in turn, is creating opportunities for travelling.

- People admire Dimash’s talent and love his art; they come to Kazakhstan to pay him respect and his motherland, – facilitator and coordinator of Dimash-tours, says Meiramgul Balgojina. – New touristic route is aimed at welcoming new travellers – fans of Dimash, who with great desire and respect, are following Dimash’s famous phrase: “Welcome to Kazakhstan”. Travellers come from around the world and, as we have counted, this includes more than 60 countries. For example, a family from Malaysia has come over thousands of kilometres in order to bring their physically disabled son Zaim to the musician’s motherland. Zaim can’t walk without assistance but this didn’t prevent him from participating in the “AAA” tour (this tour was called the “Astana-Aktobe-Almaty”) revolving around the three cities. Zaim was happy to be there and said that he was dreaming about Dimash’s concert tour in Malaysia.

And Dimash’s fans from America, after visiting his college and finding out how hot it can be in the class rooms in summer, presented air-conditioning units so as students could study in comfortable conditions. One of his fans, Umut Satron, said: “They deserve this – they are altyn balalar (which means “golden children” in Kazakh)”.

The tour is designed to last for 10 days and include visits to three cities Nur-Sultan, Aktobe and Almaty. Every tour program is developed especially for a single group of travellers. The main sights to visit in Nur-Sultan includes museums, main attractions in the capital and in its outskirts: Baiterek Tower, Astana Opera and Ballet Theatre, Nur Alem Museum of Future Energy, Burabay Resort Area, and, of course, the Shabyt Kazakh National University of Arts where Dimash studied. Here, in the capital, Aiman Mussakhodjaeva, the rector of Shabyt University, personally welcomes guests and gives them a tour around the university rooms where Dimash, a favourite of the public, was gaining new knowledge. Additionally, for Dimash’s fans, there is also a special night tour around the capital on Red double-decker buses so that the fans can get a taste of the nightlife of the city, while enjoying some of Dimash’s songs along the way. Facilitators of the Dimash 2019 tour emphasize Kazakh culture with its national music instruments, customs and traditions, and national dances.

Guests have an opportunity to try playing national instruments such as the dombra and saz-syrnai, dancing “Kara Jorga” (i.e. a black swift horse) national dance and many more. After spending three days in Nur-Sultan Dimash’s fans will fly to Almaty. There these travellers visited the Park of 28 Panfilov’s Guardsmen and ancient temples (mosques and churches). They can also do some shopping at the Green Bazaar, or enjoy the picturesque panoramic views of Kok Tobe Mountain, maybe head to Medeu (an outdoor skating rink) and or Shymbulak Ski Resort. If they want they can take a walk up to Talgar Mountain Gorge, and visit the Big Almaty Lake, or just have a journey through the Charyn Canyon. The tourists stay in Almaty for 4 days with all the cities natural, cultural and historical sights.

Full of some impressions of this beautiful country belonging to their idol, travellers fly to Dimash’s hometown called Aktobe. In this city they discover main sights of the city that are directly related to the iconic singer.

Kazakhstan’s guests, who are invited by the singer from the stage, visit his places of education and musical performance. For example, in the school, where Dimash started his secondary education, his fans met his school teachers, sat at his desk, took photos, and visited the school museum with a stand devoted to the talented school graduate. With great interest they looked at Dimash’s photos and his school achievements. The programme also included a master class with Dimash’s music teacher – maestro Marat Aitimov. Through the example of his students, Marat Aitimov demonstrates how to sing in different tones and octaves, while also telling us some interesting and funny stories from school life of his student Dimash. In his free time, the maestro in cooperation with the tour facilitators meet guests in a cozy karaoke bar, where fans sing famous Dimash’s hits and enjoy maestro’s company.

To complete the tour, travelers then return to Nur-Sultan, where they have some time to buy souvenirs and to take photos against the background of a modern futuristic city and its great architecture.

Today this new route is very popular among travellers. Dimash Kudaibergen is proudly known as a “Kazakhstan Ambassador in Tourism”!

Some facts about Dimash

As a result, at the age of 22 years old, he became the youngest participant in the entire history of the “Singer” show on Hunan TV, competing in its fifth season with the most popular and professional Chinese singers, and took second place, following a Hong Kong singer Sandi Lam, who won the first place. Dimash Kudaibergen has walked the red carpet of American Music Awards in Los Angeles. 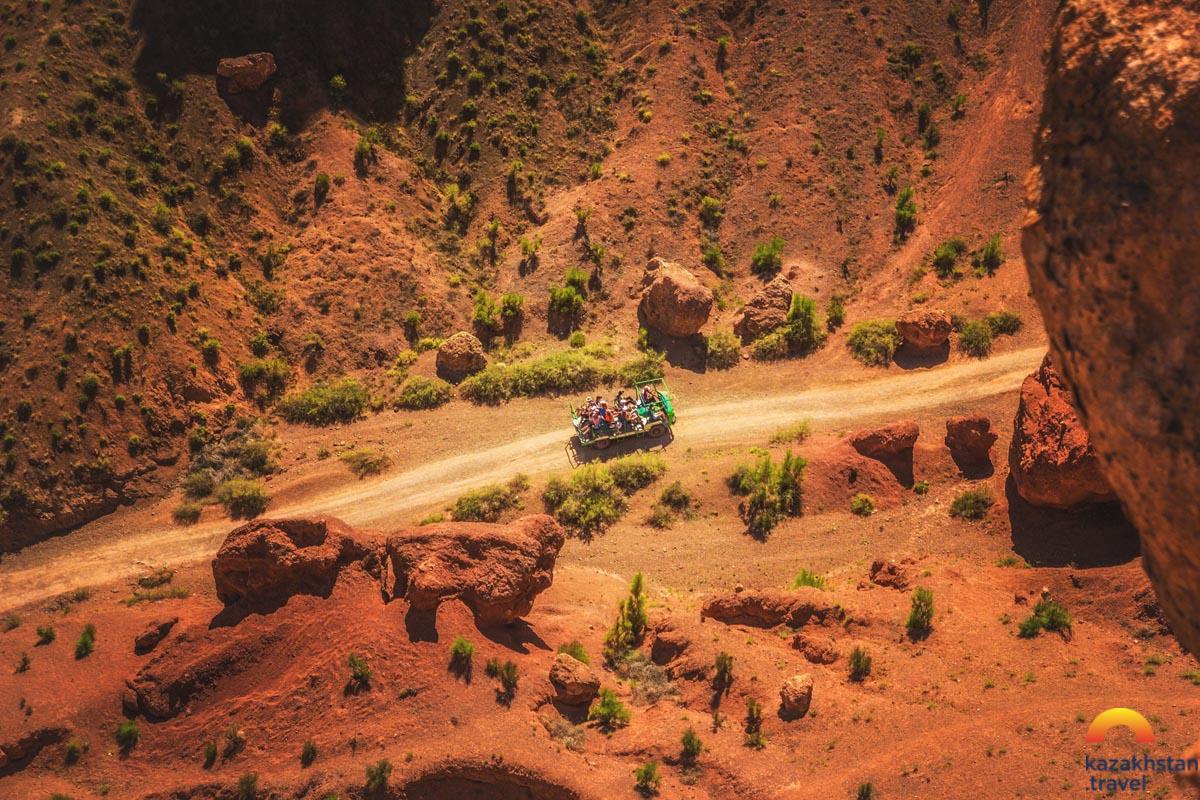 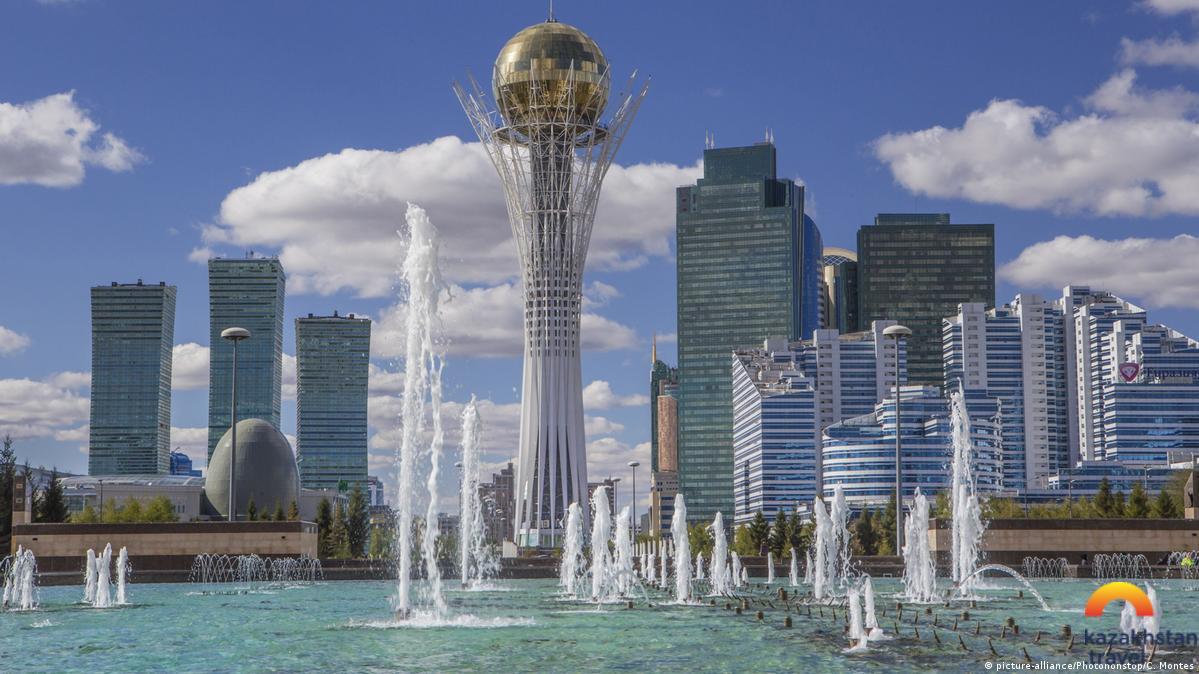 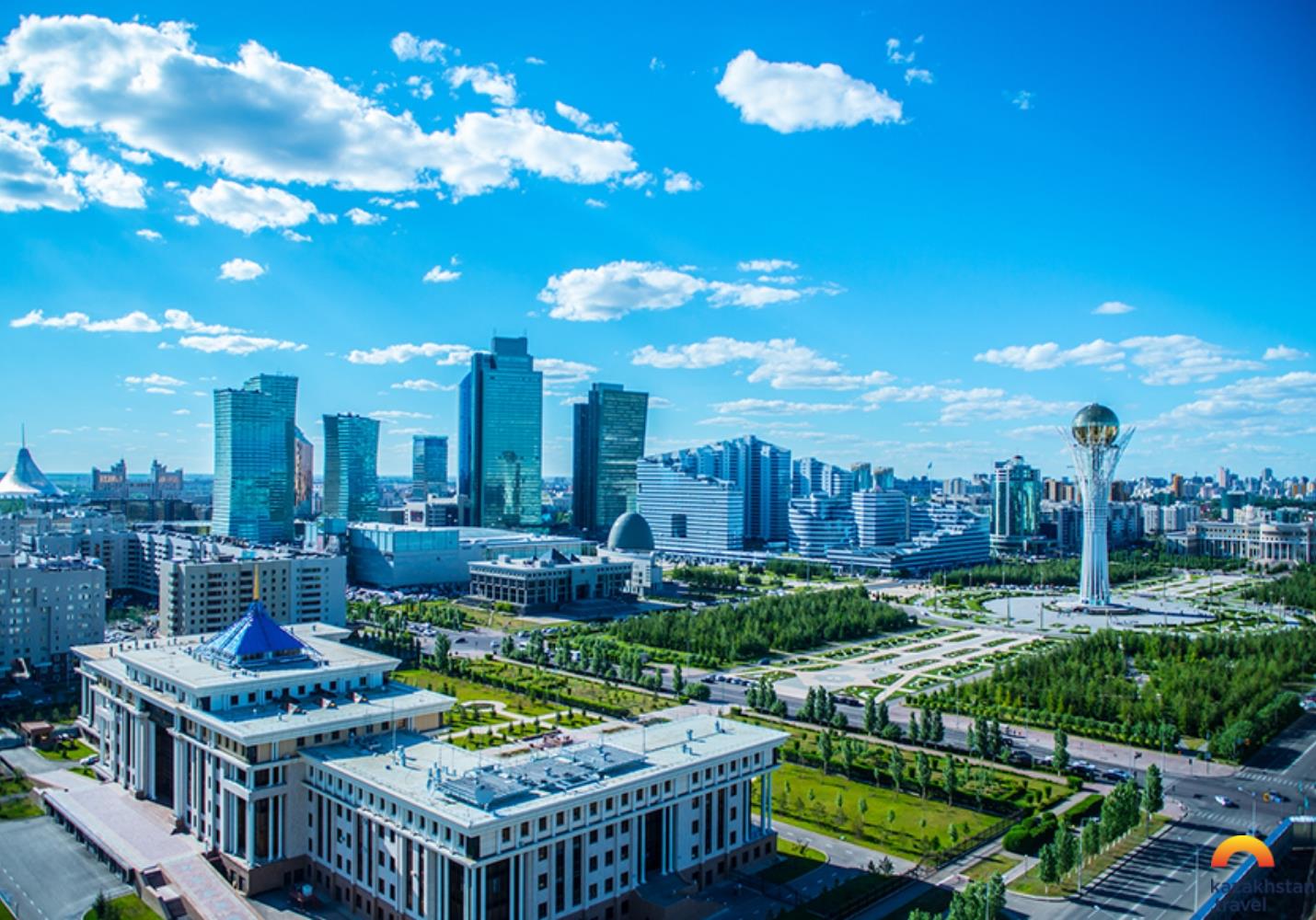 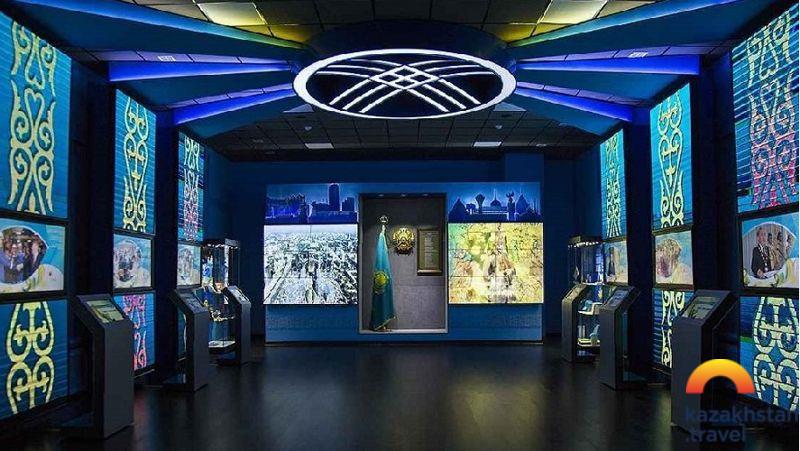 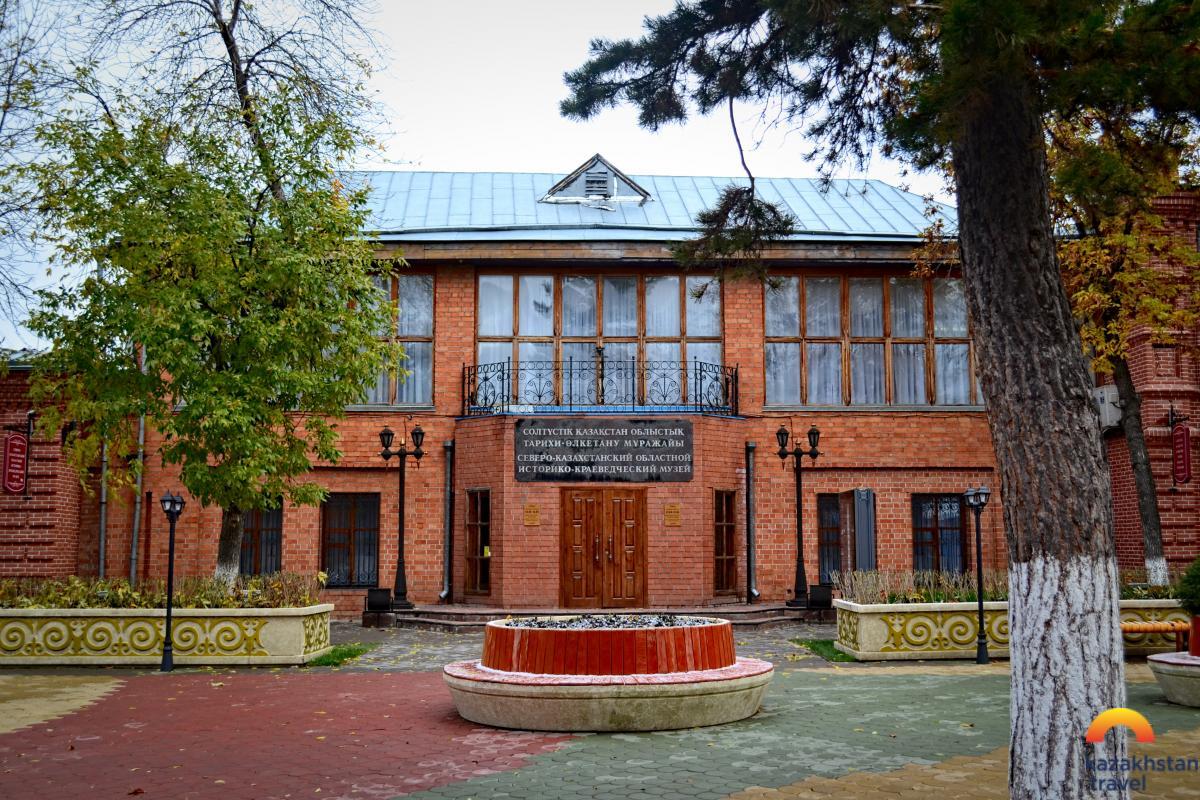