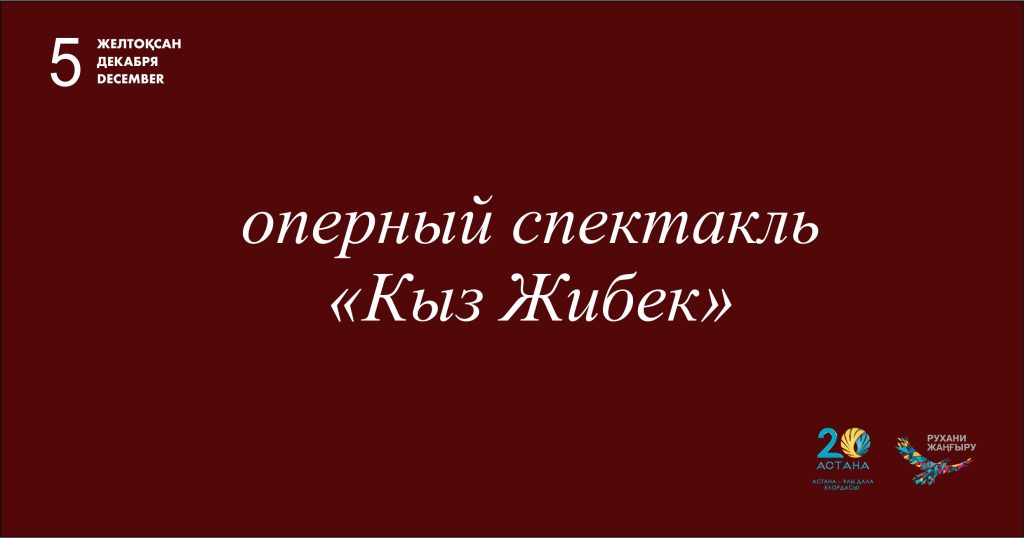 Yevgeny Brusilovsky Kyz Zhibek Opera in 2 acts and an epilogue

Author of the New Musical Version, Music Director and Conductor –

The first Kazakh opera Kyz Zhibek was staged at the Kazakh Musical Theatre (now, the Abai State Academic Opera and Ballet Theatre) in 1934, and was immediately recognized as a gem of the national musical art. The well-known director Mikhail Pandzhavidze and conductor Abzal Mukhitdinov offer the audience a new reading of the national classical opera. Thanks to 3D technologies, the pages of the folk lyric and epic poem Kyz Zhibek come to life in the eyes of the audience: the projected moving caravan unexpectedly continues to go on stage, turning into real horses and camels. City walls, created by designers almost in full size, slide apart in an instant to present a vivid picture of life going on in the square in front of the Palace of Bazarbai. Bright costumes, video installations, the lighting designer’s interesting work, and most importantly – music – that we all know and love since our childhood, beautiful voices of soloists and harmonious sound of the orchestra make the production of Kyz Zhibekunforgettable.

The performance has one interval

Performed in the Kazakh language